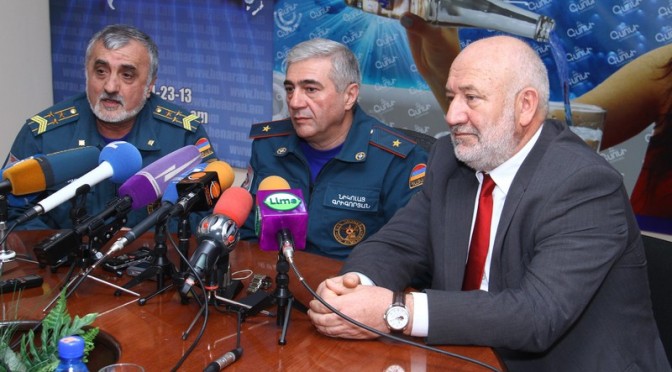 In the area of disaster risk reduction (DRR), Armenia has a major contribution to international development. This is evidenced by a regional conference DRR, held in Almaty from 1-3rd of April.
There Armenia presented the achievements and proposals in sphere of DRR. The conference was organized in the framework of the action plan of Hyogo program. In 2015 Hyogo Framework for Action will be completed, and proposals are being developed for the next decade, in what directions the program should be continued.
On April 8, the issue of the meeting with journalists was a continuation of Hyogo Framework for Action and the achievements of the Ministry of Emergency Situations. 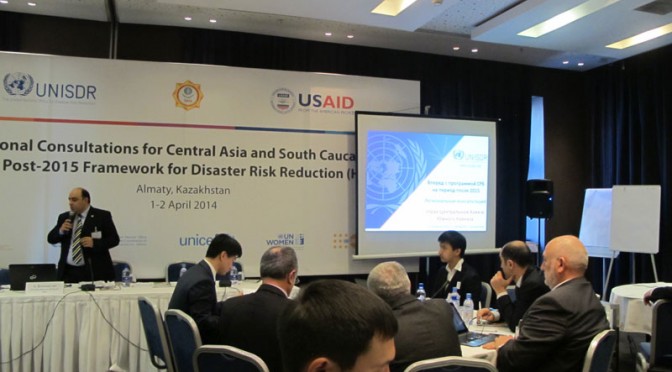 On 1-2 of April the UN Central Asia and South Caucasus Disaster Risk Reduction regional conference held in Alma-Ata, the aim of which was to discuss the guarantee of continuity of HFA 2 after 2015. Sixty representatives from seven countries participated in the conference. Director of MoES Rescue Service, Nikolay Grigoryan, director of DRR National Platform (ARNAP) Foundation Movses Poghosyan, rector of Crisis Management State Academy Hamlet Matevosyan, UNDP DRR program coordinator Armen Chilingaryan, head of department of Ministry of Health, Division of Maternal and reproductive health Gayane Avagyan, DRR program officer of OXFAM international organization Zaruhi Tonoyan, program coordinator of “Support to Communities” BNGO Karine Gabrielyan participated from Republic of Armenia. Below is the official statement of RA about HFA 2, which was presented by Mr. Grigoryan.