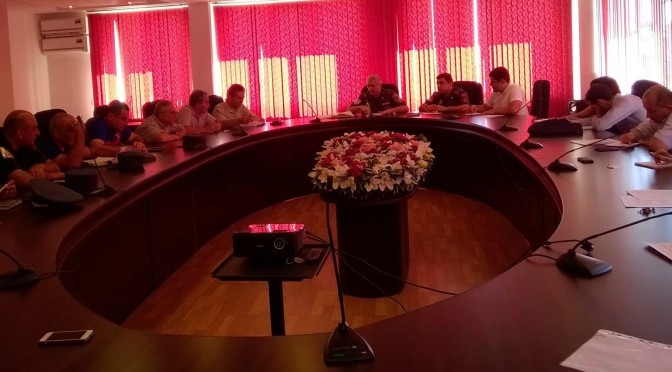 On July 24, a working meeting took place at the Ministry of Territorial Administration and Emergency Situations (MTAES), the purpose of which was to discuss the increase effectiveness of work and coordination of tasks of disaster risk reduction (DRR) Regional teams (RT) , find out MTAES official position on this matter and how the international and public organizationsis can contribute to solving the problems.

The meeting was attended by the representatives of MTAES, the UN Children’s Fund, the UN Office for the Coordination of Humanitarian Affairs, the UN Food and Agriculture Organization, Disaster Risk Reduction National Platform Foundation, World Vision Armenia, Ararat, Aragatsotn, Kotayk, Armavir regional rescue departments.
During the meeting it was spoken about the work implemented by the DRR RT, barriers, Sendai Action Plan and on the basis of that plan developed DRR nationa strategy.
During the discussion, it was suggested.
• Clarify the DRR RT’s of capacity building functional responsibilities.
• in the frame of DRR NP, to create a group that will develop a mechanism by which DRR RT will operate on a permanent basis.
• To give recommendations on how to develop DRR RT capacity, structure and functions should have.
• Examine the scope package of Sendai and give recommendations
In the end, it was decided to arrange a meeting to clarify the tasks for the responsibles of DRR RT capacity Building . 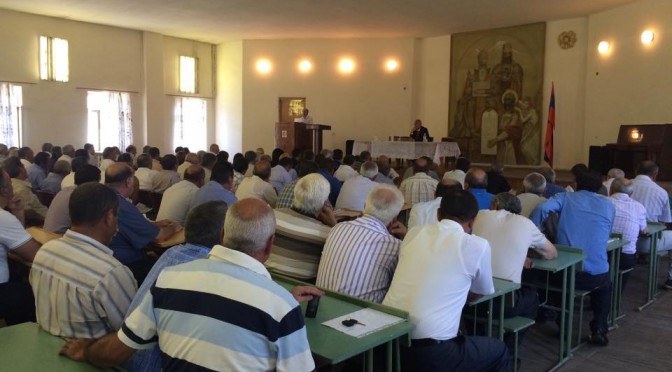 On July 23, a session of regional board was held in Ashtarak, Aragatsotn marz , during which DRR National Platform’s crew gave new published books in the purpose of replenishment of earlier given mobile of library. 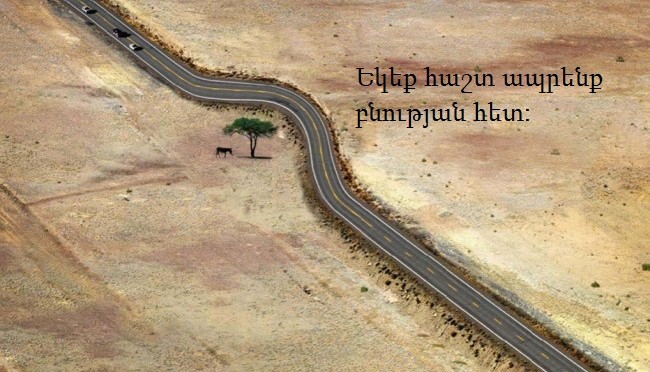 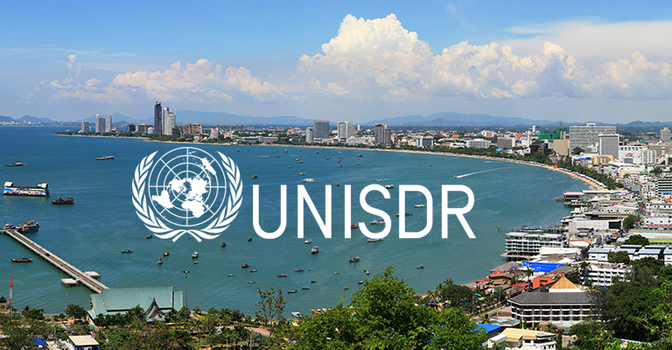 The United Nations Office for Disaster Risk Reduction is pleased to present works implemented in the second quarter of 2015.
The complete information about works you can read from below mentioned electronic newspaper in English. 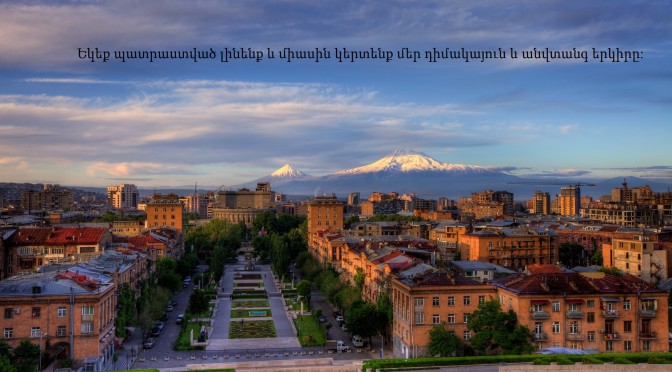 June 13 to 17, the delegation of Armenia is in Georgia in the frame of regional project titled ”Assistance to communities’ resilence in South Caucasus” funded by the European Commission’s humanitarian aid and civil protection office of disaster preparedness (DIPECHO), and with the initiatives of Oxfam Armenia.

The goal of the visit is to exchange the experience between Armenian and Georgian partners.

The delegation is included by the representatives from Oxfam, Disaster Risk Reduction National Platform Foundation, “Against Violation of Law” and “Support to Communities” NGO, Tavush and Vayots Dzor regional rescue departments. 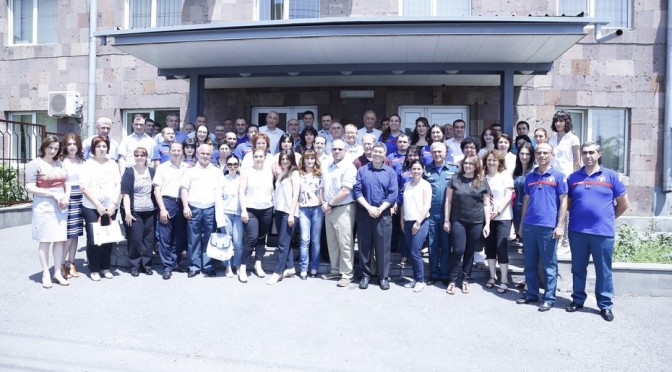 July 7 to 9, a staff training took place on “Organization of public awareness and crisis communication during the disasters (strong earthquakes)”.
The training was organized by the Ministry of Territorial Administration and Emergency Situations (MTAES) and US Embassy’s Office of Defense Cooperation.

The main purpose of the training was “organize” a strong earthquake and ensure the participation of all during the strong earthquake in the works of “United Interagency Information Center (UIIC),” and give accurate and correct information to the public.
The training was conducted according to the premeditated plan, in which there was a strong earthquake in one of the regions of Armenia (10-11 point), there are dead and injured people. As a result of the earthquake, as secondary results were included nuclear power plant failure and the disruption of reservoirs dam in one of the regions of Armenia.
In response to the plan of the situation, subsequently the president and prime minister made talks, invited the press conferences with the state administration bodies (ministries, departments, administrations), private companies (gas, water, electricity, communications, nuclear power) and representatives of international organizations.
Training was attended by almost all ministries, departments and regional administrations, as well as a variety of media, private sector and international organizations.
About the training see the following link: 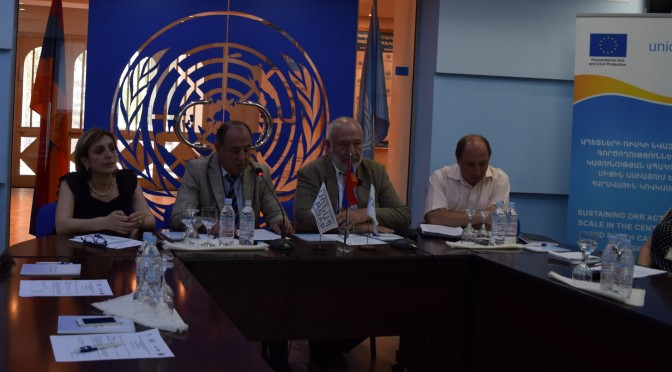 On July 7, a meeting took place in the frame of ”Strenghtning of National system of social protection resilience in Armenia” project.

The purpose of the meeting was to present the local and international experts works’ final reports in the frame of above mentioned project.

The opening speech was given to Haykaram Mkhitaryan , the deputy minister of ministry of Territorial Administration and Emergency Situation and presented the main goal of the project, i.e during the disasters provide assistance to socially vulnerable population and the improvement of mechanisms that make it possible to minimize increasing social factors.
The opening speech was given to Movses Poghosyan, the director of Disaster Risk Reduction national platform(DRR NP), Astghik Minasyan, the director Social Support Department of the Ministry of Labour and Social Affairs (MLSA) and Tigran Tovmasyan, the DRR project coordinator of the UN child’s Fund.
The meeting was attended by the representatives of MTAES of RA, MLSA of RA, UN Children’s fund, DRR NP foundation, Save the Children Armenia, Oxfam Armenia, The Armenian Red Cross Society, Armenia “Roundtable” Foundation, Armenian Relief Society, “Support to Communities” NGO and the territorial divisionsof social protection.