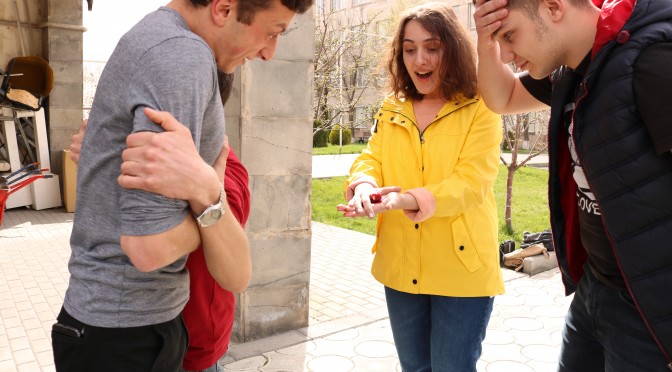 A training of trainers on “First Aid” (FA) was held at the “Center for Disaster Medicine” SNCE of the Ministry of Emergency Situations of the Republic of Armenia on 9-14 April, 2019. It was one of the best initiatives implemented within the “Disaster Risk Reduction National Platform Capacity Building” Project as part of the “Disaster Preparedness Project” (DIPECHO V) funded by the European Commission Directorate General for Humanitarian Aid and Civil Protection, which was aimed at strengthening ARNAP capacities in terms of preparing first aid junior specialists. They will later become the human resources of ARNAP enabling the latter to contribute to the dissemination and strengthening of FA knowledge.