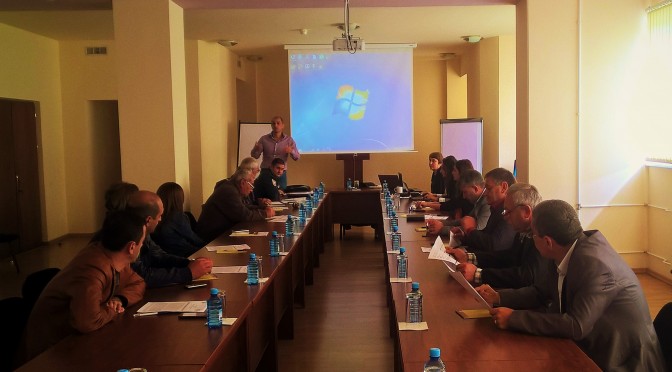 September 30-October 1, 2016 in the frame of ”Risk Informed Urban Development” programme implemented by the UN Development Programme (UNDP), a meeting/training was held in Tsaghkadzor for the Dilijan community resilience team.

The main aim of the meeting was to apply the local government self-assessment tool (LG-SAT) jointly with Dilijan local authorities (UNISDR “Making cities resilient. My city is getting ready’’ global campaign). After application of the tool, based on the obtained results , Dilijan resilience team jointly with the support UNDP and DRR National Platform will develop “Action plan for the development of resistant Dilijan”, which later will help integration of DRR component in sectoral development programs.

The meeting/training was attended by the representatives from the UNDP, Dilijan municipality, vital infrastructure of Dilijan such as “Armenian water and sewerage” CJSC, Gazprom Armenia CJSC, “ENA” CJSC, primary and #2 primary schools of Dilijan, “Bridge of Hope” NGO, DRR National Platform and OxYGen foundation, and other members of the DRM sector, the overall number of participants was 29, 20 of them were men and 9 were women.