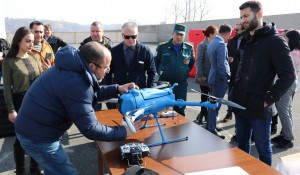 February 8, 2018. Within the framework of the “Strengthening Disaster Risk Reduction National Platform Capacities in Armenia” project (funded by the Directorate-General for European Civil Protection and Humanitarian Aid Operations) jointly implemented with the DRR National Platform and the United Nations Development Program an unmanned aerial vehicle was acquired.

The Drone is a product of an Italian Company, IDS (Ingegneria Dei System). The official agent of IDS in Armenia is Shaula International LLC. It is an Armenian consulting and management company founded by Italian experts, the main activity sphere of which is to promote Armenia and its business opportunities in Italy and in Europe.

The IDS mini Unmanned Aerial System named Colibrì is specifically designed for operations in critical areas after disasters for performing accurate aerial mapping and surveillance. The configuration and operation capabilities of the drone are already experienced by a number of state agencies as well as International Organizations working in the area of civil protection, such as the Italian Police and the Italian Red Cross.

The drone has been acquired for the following purposes:
• To develop the DRR National Platform Foundation’s capacity to provide services using innovative systems, such as unmanned aerial vehicles, particularly in search and rescue operations, risk modeling, urban development and other areas. 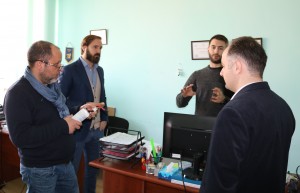 • To develop the capacities of Crisis Management State Academy of RA Ministry of Emergency Situations in terms of education, in particular, teaching students to use unmanned aerial vehicles, to carry out hazardous landscaping and risk management and modeling etc.

The device will also be used in the innovative youth centers of Stepanavan and Kapan communities, which are targeted at the implementation of the above mentioned project, giving the youth an opportunity to practice in using unmanned aerial vehicles.

Robotics laboratories will be established at the youth innovative centers of the above mentioned communities, where young people will also learn to create unmanned aerial vehicles.

Taking into account that there is no legal regulation in the Republic of Armenia on the use of unmanned aerial vehicles, a relevant legislative package will be developed and submitted to the Government for approval.

The RA Prime Minister Karen Karapetyan’s visit to the RA Ministry of Emergency Situations was planned for the next day. when the rescue equipment, including the above mentioned drone, was to be demonstrated in practice as well. 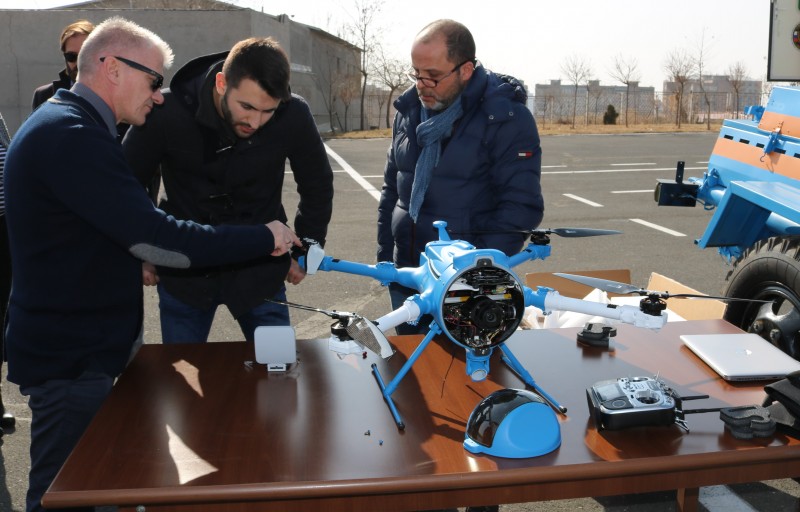